The ICWUC represented workers of Delta Oil Mill in Jonestown, MS until its bankruptcy and closing approximately 5 years ago. The facility reopened approximately 2 years ago under the name Cotton Seed Co-Op.

Cotton Seed Co-Op rehired many of the previous employees from Delta Oil Mill. When the workers came back to work without a union contract, they found that many of the benefits and protections they once had when members of the ICWUC were now gone. They knew they wanted more so they reached out to their former Representative and Regional Director Ricky Lawrence in early May.

Ricky sent them cards to sign to see how much interest there was at the facility and in a couple of weeks they had mailed him back signed cards for approximately 80% of the current employees. Organizer Ernest Perkins was sent in to visit with the workers and be sure they were strong.

After meeting with the worker’s, he contacted Organizer Lance Heasley to come assist in the NLRB petition process. During the petition process the Organizing team gave the company the option of having a neutral third party count the cards rather than go through with the NLRB election process. The company agreed to have a neutral third party count the cards. On June 25 the neutral party did the count. He determined that 47 of the 57 employees had signed cards.

The company then voluntarily recognized the ICWUC as the bargaining agent for the Cotton Seed Co-Op employees and agreed on a date to begin negotiating a contract. The ICWUC is proud to have these workers back and look forward to working with them in negotiating their first contract! 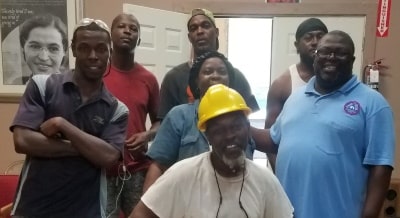